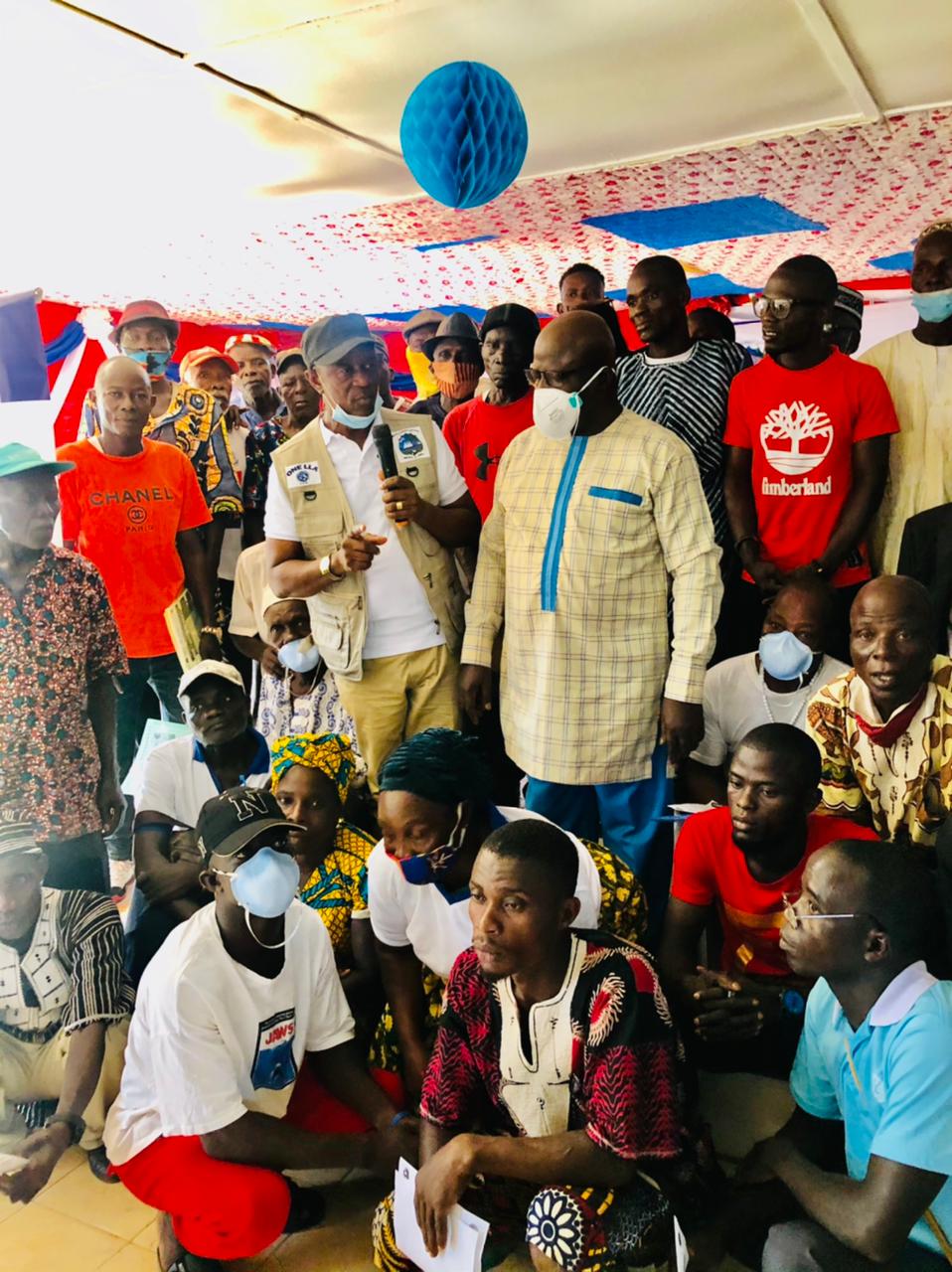 Official launching of the awareness campaign on the dissemination of information on the Land Rights Act (LRA) and the Liberia Land Authority Act (LLAA) has taken place in Fish Town, River Gee County.

The launching ceremony took place on February 24 at the Fish Town City Hall in the presence of an array of land actors, including county officials, chiefs, local leaders, women and youth groups and civil society organizations.

LLA Chairman, Atty. J. Adams Manobah, the Superintendent of River Gee County, Honorable Philip Q. Nyenuh and a group of chiefs, local leaders and county officials together launched the awareness campaign, which precedes a robust awareness and outreach program into targeted communities throughout the 15 counties.

Welcoming the LLA delegation and awareness team members, Superintendent Nyenuh thanked the entourage for the visit and their resolve to increase awareness on the Land Rights Act and the Liberia Land Authority Act.

He said, the county authorities are troubled by the numerous and increasing wave of land disputes, and if these issues are not addressed cautiously by the competent government authorities, there will be a resurgence of civil conflict because of land business.

He then appealed to the Liberia Land Authority to do all within its jurisdiction to minimize land disputes in the county. Superintendent Nyenuh called on the LLA Chairman to continue his good work. “Though you are conducting this awareness in selected districts and communities within the fifteen counties, I want to appeal to you to please see reason to extend this awareness campaign in all parts of the country. Let it not be done in selected districts and communities alone, but instead, we want to see everyone benefiting. Therefore, Honorable Chairman, on behalf of my people, we want to thank you and also use this means to appeal to you and those supporting you (the World Bank) to please extend this in all parts of River Gee County.” Superintendent Nyenuh said.

He then called on all local government officials, traditional leaders, district commissioners, local leaders, women and youth groups in the county to work with the LLA Awareness team during and after the awareness campaign. Superintendent Nyenuh praised the LLA Chairman and the Board of Commissioners of the LLA for coming to his county. He promised to work with the Liberia Land Authority (LLA) office in the county.

The Chairman of the Land Authority Atty. J. Adams Manobah spoke about the unequal access to and ownership of land and other resources, which many Liberians in rural communities in years past felt they were isolated and excluded. This exclusion over land for a long period of time, Chairman Manobah observed, exacerbated tensions in the country thus necessitating the civil unrest in 1980.

He noted however, that with the coming into force the milestone Land Rights Law, many of the issues pertaining to unequal access and tenure rights have to a large extent being addressed.

Chairman Manobah assured the attendees that the LLA is doing all it could to implement the Land Rights Act despite the challenges being faced in the full implementation of the Law.

He thanked the World Bank for providing the necessary technical and financial support to conduct the awareness raising campaign, and other development partners including the UN System, USAID, SIDA and the EU, which is making significant impact in the land sector.

Also speaking during the launching ceremony was the LLA Commissioner for Land Administration, Honorable J. Josephus Burgess who has oversight responsibilities of River Gee, Grand Gedeh and Rivercess counties.

He urged the representatives from the various towns and cities to go back to their communities and educate those people who were not opportune to attend the program, thus promoting the effectiveness of the awareness campaign.

A renowned paramount chief of Fish Town, Mr. James Pah-Sayee who spoke at the event thanked the LLA authorities for launching the awareness program, which he considered as long overdue. “My people, this awareness is long overdue, yet, we are happy it is coming this time. When you take a look at me you will then know that I am really happy. But please Chairman, let’s try to reach this awareness in every parts of the country. Do not limit it to few people, I am begging you. It will be prudent to allow everyone benefit from this instead of using few districts and communities. Chief Pah-Sayee added.

Paramount chief Pah-Sayee played a vital role during the nationwide public consultations on the Land Rights Policy that gave rise to the passage and approval of the Land Rights Act.

Judges, Magistrates And Other ...