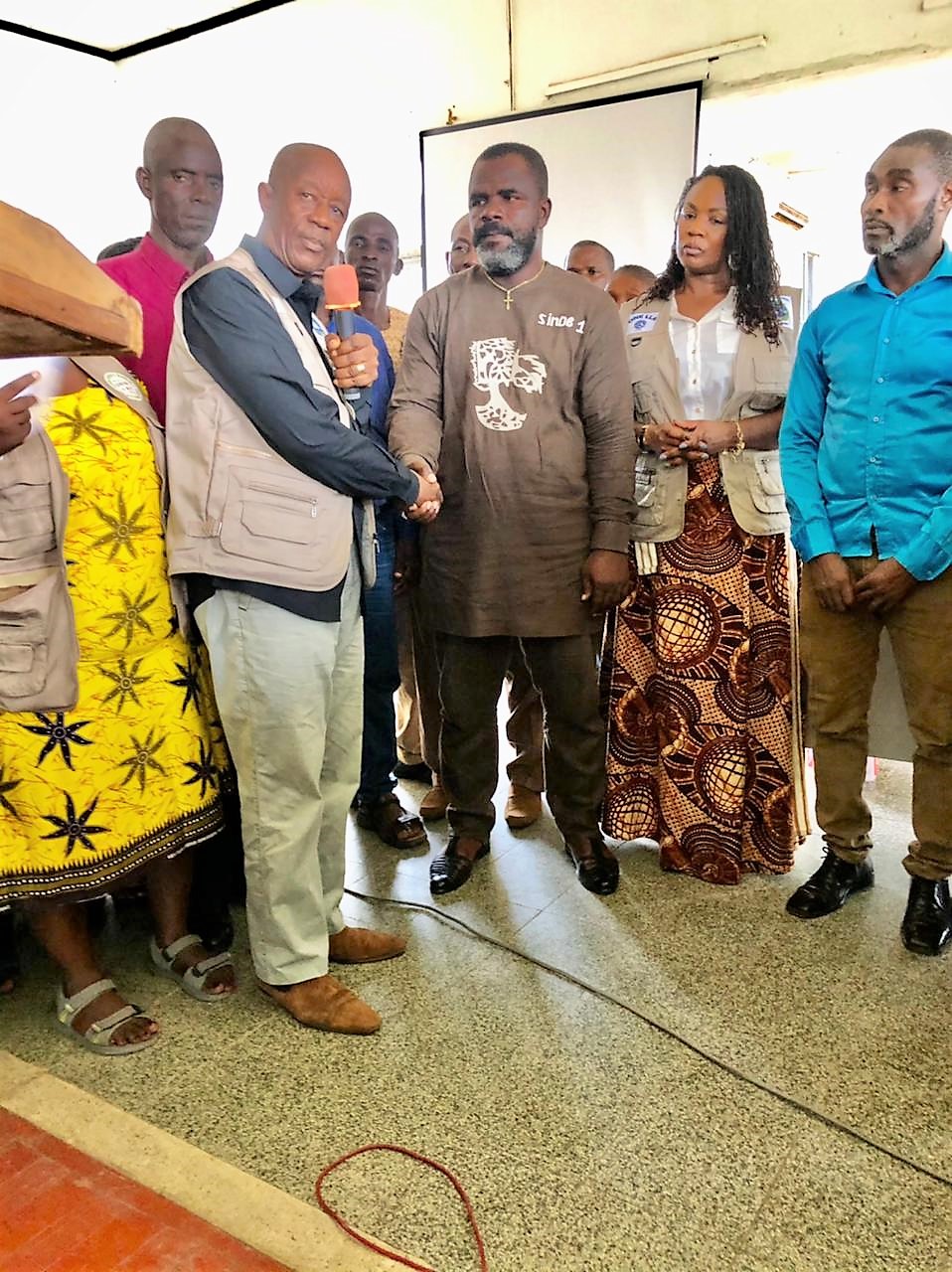 The exclusion of rural communities from having ownership rights to their land and given large portions of land to concessions had in the past brought tensions and disputes.

The assertion was made Wednesday March 3, 2021 at the Administration Building in Greenville, Sinoe County during the last leg of a five-county tour to officially launch the Nationwide Awareness Campaign on the dissemination of information on the Land Rights Act (LRA) and Liberia Land Authority Act (LLAA) in that part of the country.

Chairman Manobah said, community rights to land and the natural resources, such as forests, waters and so on that are in their areas will be protected under the Law.

The LLA Chairman praised President George Manneh Weah for signing the Land Rights Act and the Local Government Act the same day, which is a manifestation of the President’s desire to decentralize government’s functions at the county level.

He mentioned that former Land Commissioners that were under the jurisdiction of the Ministry of Internal Affairs are now working with the Liberia Land Authority as Land Administrators.

Chairman Manobah also informed the gathering that the Land Rights Act has given the Chairman of the LLA the authority to sign all deeds on behalf of the President of Liberia.

In his welcome remarks, the Superintendent of Sinoe County, Honorable Lee Nagbe Chea, Sr. expressed happiness to witness the LRA and LLAA awareness launching program, and thanked the LLA Chairman and delegation for visit.

The Superintendent recalled the date September 19, 2018 when the Land Rights Act and the Local Government Act were signed at the Foreign Ministry. He said the President, Dr. George Manneh Weah, in his wisdom, called on the Superintendents of Montserrado, Bassa and Sinoe Counties to stand by him as the original counties before the creation of the other counties.

Superintendent Chea stated that every Liberian citizen has the right to acquire land. He then called on the participants to interact with the LLA authorities and ask positive questions.

Also speaking at the launching ceremony in Greenville was the LLA Commissioner for Land Use and Management, Honorable Ellen O. Pratt who has oversight responsibilities of Maryland, Grand Kru and Sinoe counties.

Judges, Magistrates And Other ...