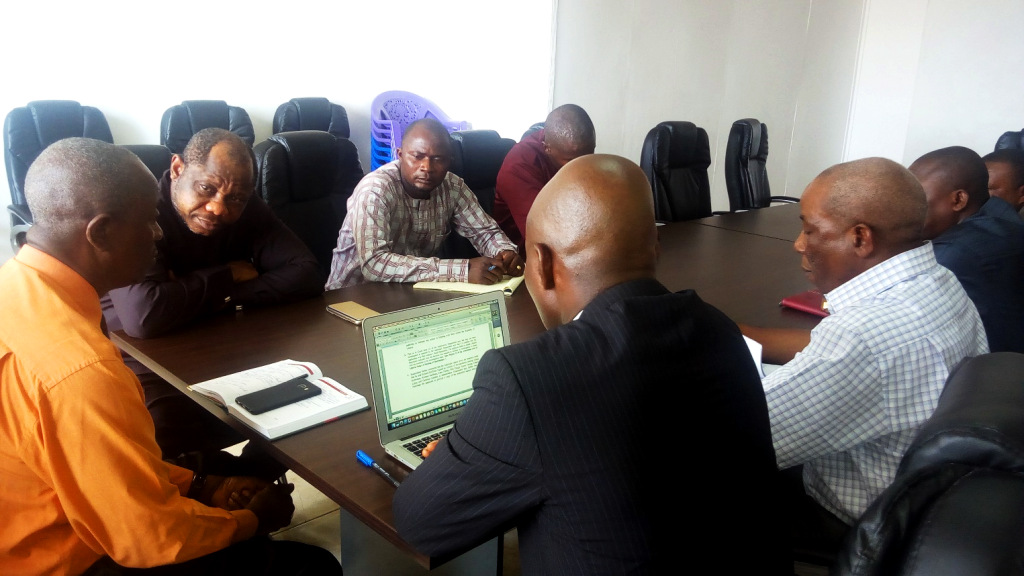 Monrovia, March 21, 2019 – A Ministry of Finance and Development Planning (MFDP) delegation headed by the Minister, Hon. Samuel Tweah recently paid a courtesy call on officials of the Liberian Land Authority (LLA) at their Mamba Point Office where they discussed a wide range of issues on land rights and access.

During the visit, the Acting Chairman of the LLA, Atty. J. Adams Manobah briefed Minister Tweah and members of his delegation on priority focus areas of the Liberia Land Authority, which include the implementation of the Land Rights Act, particularly those time-bound Articles.

The Finance and Development Planning Minister said the LLA is critical for national transformation, which to a large extent, hinges on the provision of land for large scale agricultural production and productivity.

Meanwhile, with the support from the Liberian Government and land stakeholders, the Liberia Land Authority (LLA) is to shortly commence the implementation of the key Articles in the Land Rights Act once the necessary regulations and guidelines are developed.

Currently, the LLA is developing regulations and guidelines to implement the Act including improving processes and procedures to conduct a nationwide validation process of tribal certificates.

The LLA along with relevant government ministries and agencies and civil society organizations will now begin engaging communities to identify and demarcate their boundaries and eventually provide land in support of the government’s agricultural development program.

The Act provides that “A nation-wide Confirmatory Survey to confirm the boundaries of all Customary Lands shall commence within twenty-four (24) months of the Effective Date of this Act”.

The LLA believes that the provision of land to the government for agricultural projects and programs will bring direct foreign investment, create jobs for the unemployed population and increase the much-needed revenue for development purposes.