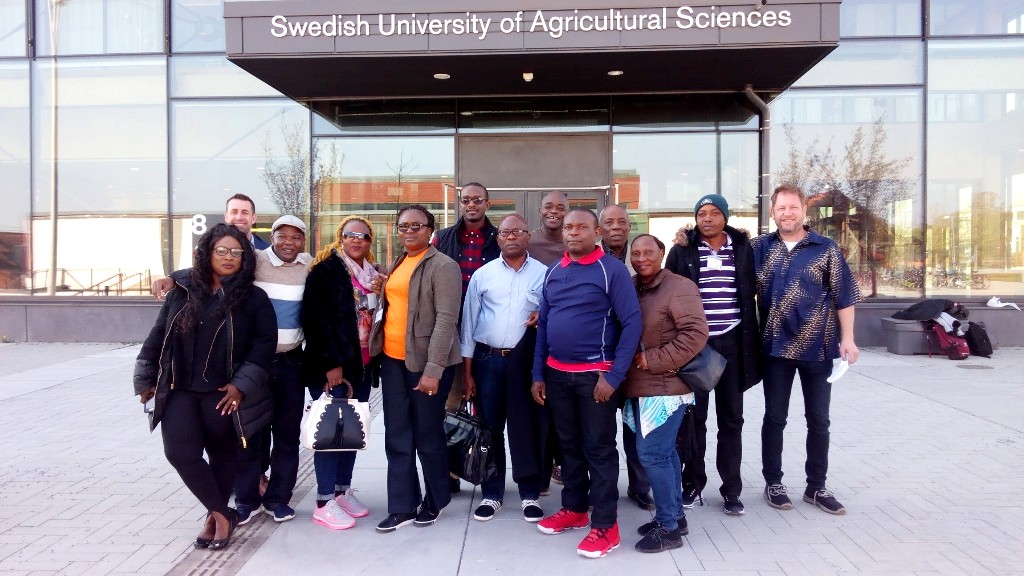 Monrovia, April 29, 2019 – The Liberia Land Authority (LLA) and the Swedish Mapping, Cadastral and Land Registration Authority, Lantmäteriet, have recommitted themselves to the full implementation of a five-year Capacity Building Project for inclusive Land Administration and Management in Liberia.

During the implementation of the project, LLA staff will receive short-term training locally and internationally, to enable them to carry out the activities associated with the project.

Recently, a fifteen-member delegation from the LLA and the Mayor of Barclayville, Grand Kru County, Madam Benetor Blamo visited Lantmäteriet in Sweden as part of a knowledge exchange program to prepare themselves for the full implementation of the project, which starts in July this year.

While in Sweden, the Liberian delegation along with their Swedish counterpart agreed on some key activities that will be carried out during the implementation of the project including women’s participation in land administration and management whereas, local government structures and municipalities will be capacitated to establish and enforce land use plans according to guidelines that will be set by the LLA.

It was also agreed that Communication and Customer Service Units at the LLA will be equipped and work together so that those at home and abroad who wish to process their land documents and to seek information on land can do so through the LLA website and other electronic means.

As part of the mission, the Liberian delegation visited several facilities and historical sites including the Land Registration Center in Norrtälje, the Cadastral Services in Globen and the Swedish University of Agricultural Sciences in Uppsala to acquire and exchange knowledge on land information systems that exist in Liberia and Sweden.

At a brief program marking the close of the two-week visit, the Deputy Director General of Lantmäteriet, Mr. Anders Lundquist who is expected to visit Liberia this week for four days, lauded the Liberian delegation’s visit to Sweden and reaffirmed his organization’s support to the LLA in achieving the desired outcomes of the project.

On behalf of the Liberian Delegation, the LLA Commissioner for Planning and Policy, Cllr. Kula L. Jackson thanked Lantmäteriet for the training opportunity, which he said will go a long way in addressing those critical issues related to capacity building in the land sector.

In another development, the Executive Director of the Swedish based International Land and Forest Tenure Facility, Madam Nonette Royo has assured authorities at the LLA that her organization will continue to provide technical assistance in the land sector of Liberia to ensure the successful implementation of the Land Rights Act, especially community land rights.

She noted that the Liberia Land Rights Act is a milestone model that should serve as a mirror to many countries of the world that are desirous to undertake land reforms.

Madam Royo pinpointed several international fora that Liberia can best showcase the trends that resulted in the formulation and promulgation of the Land Rights Act.

She promised to address those potential concerns on how the LLA will continue to work with civil society organizations in the implementation of the Land Rights Act in rural communities.