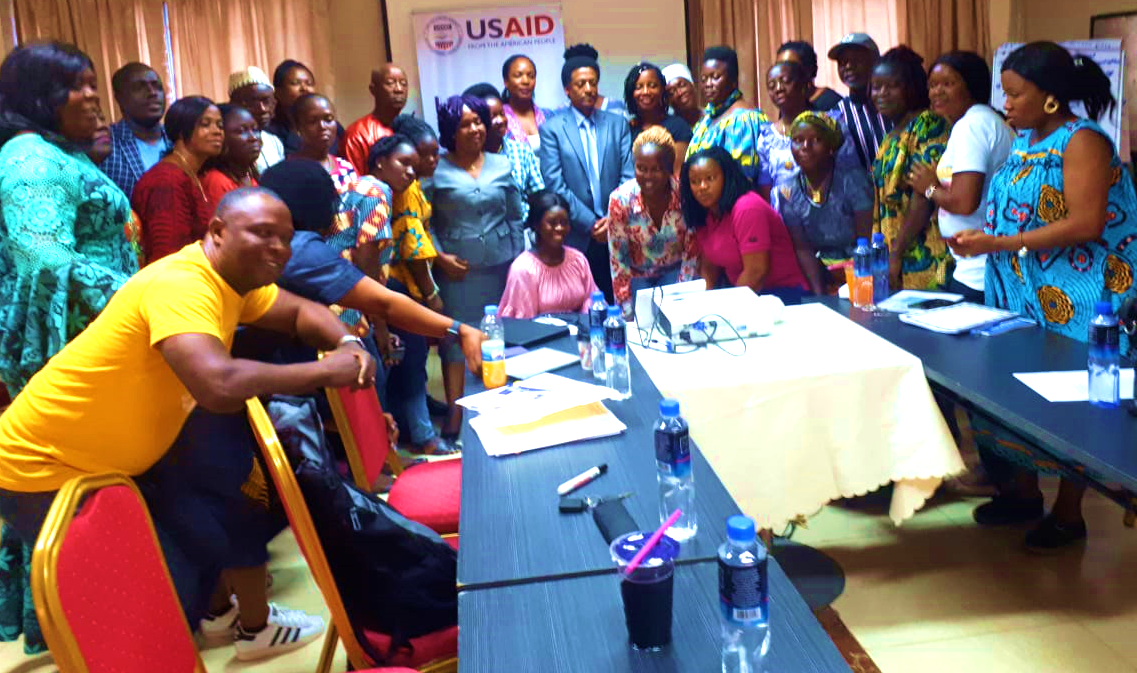 The five-day event, which commenced on June 24, 2019, brought together twenty-five representatives from both government ministries and agencies, civil society organizations (CSOs) and selected customary communities from within the country. .

Furthermore, the participants were taught how to develop skills needed to identify and include different categories of women and youths in a social/gender-responsive way and key provisions envisioned by the Constitution and the LRA as well improve their skills to articulate and deliver training sessions referencing the training modules.

Speaking at the closing ceremony, Atty. J Adams Manobah, Acting Chairman, LLA, encouraged participants to continue the hard work in advancing themselves for the betterment of the society, especially putting into positive use the knowledge acquired during the five days of training. The Acting Chairman also informed participants of the President’s commitment towards gender equity as well women full involvement in national issues, thus, it is up to every man to follow same.

Dr. Yohannes Gebremedhin, Chief of Party, LGSA, thanked the Acting Chairman, Atty. J. Adams Manobah, for the work done so far towards the implementation of the Land Rights Act. Dr. Gebremedhin noted that the desire for change cannot be done overnight, therefore, it is up to everyone to embrace women’s participation at all levels. He further said that there has to be more dialogues to address issues that violate women’s rights, especially issues relating to land acquisition and tenure security, among others.

For her part, Hon. Ellen O. Pratt, Commissioner for Land Use and Management at the LLA, praised the Liberia Land Authority (LLA) and the Land Governance Support Activity (LGSA) for such initiative that enhances the call for gender equity. She also thanked the Acting Chairman for his continuous support and commitment to the Gender Unit at the LLA.

Speaking on behalf of the participants, an employee of the LLA Gender Unit, Mrs. Martha Summerville acknowledged the role of the LLA, LGSA, Civil Society Organizations and those participants from who came from the communities for the level of work demonstrated throughout their entire training process.

At the end of the training, which was rather intensive, each of participant was certificated. They expressed their thanks and appreciation to the facilitating team, especially the LLA and LGSA for undertaking such a wonderful task that enhances the call for women empowerment and women participation countrywide.