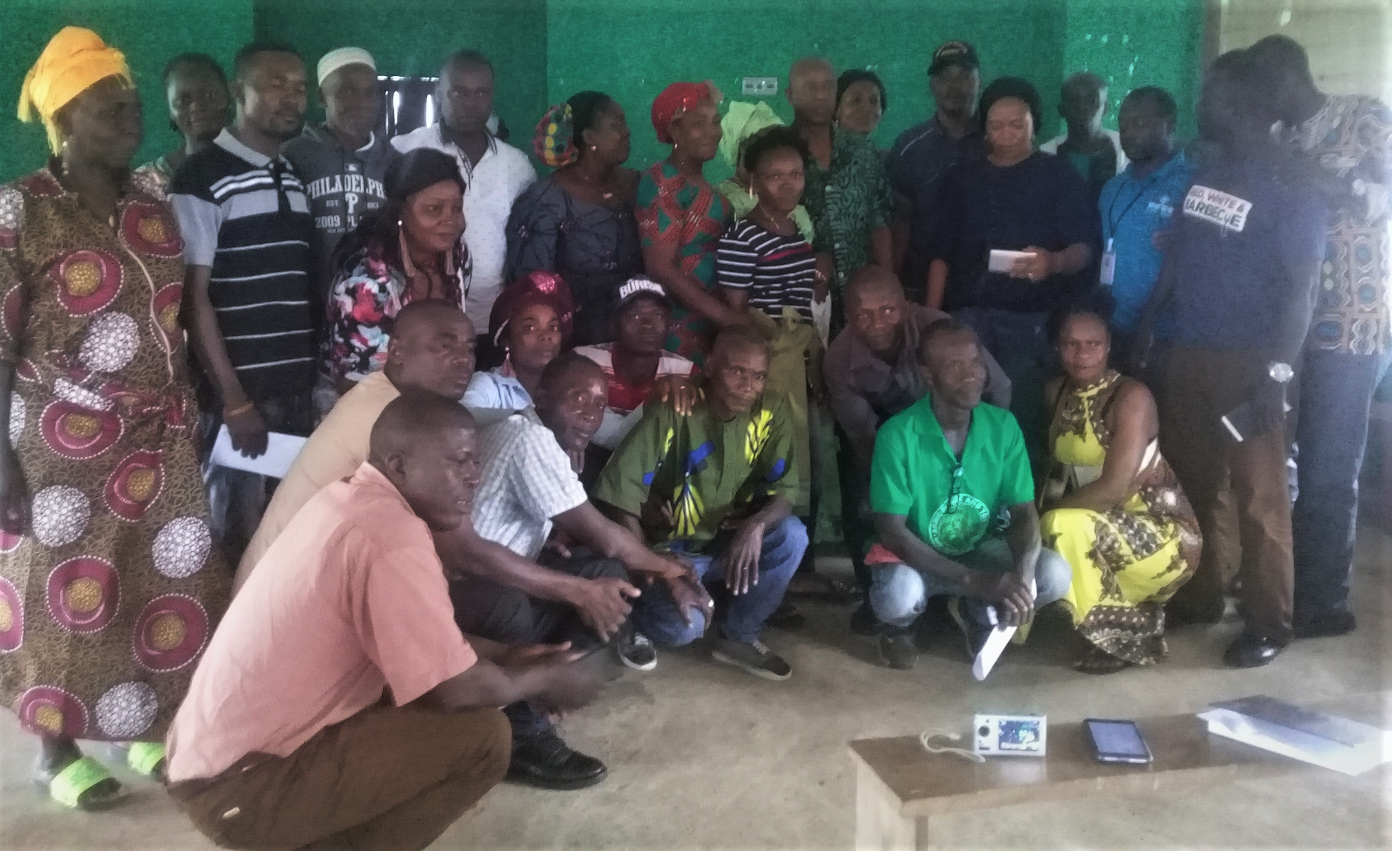 The Liberia Land Authority (LLA) along with the National Bureau of Concessions (NBC) on August 9, 2019, ended a three-day (SAPAD) MSP meeting with residents of Project Affected Communities within the Sime Darby Plantation in Bomi County, Liberia.

The Three-Day (SAPAD) MSP meeting, which commenced on August 7, 2019, in Grand Cape Mount County brought together chiefs, women, youths, civil society organizations (CSOs), and concerned residents of the county, including members of the PAC.

Speaking on behalf of residents of Gayah Hill Town, Mr. Abraham B. Combay, Chairman, SAPAD, thanked and appreciated Hon. Atty. J Adams Monabah, Sr. for his visit to the township. He expressed his gratitude to the organizers of the meeting and promised to work closely with the Liberia Land Authority, the National Bureau of Concession, UNDP, CSOs and County Authorities.

In his remarks, Hon. Atty. J. Adams Monabah, Sr. Acting Chairman, LLA, thanked Mr. Combay, Chiefs and the people of Gayah Hill Town for their collaboration during the meeting. He promised to work with the SAPAD and all concern parties to resolve amicably issues affecting residents of the Project Affected Communities.

He said patience is a virtue and it is important in such a matter since it allows the right things to be done. He assured the people of Gayah Hill Town that awareness on the Land Rights Act (LRA) will effectively start with Bomi County.

Hon. Atty. Monabah, Sr. however cautioned residents of the Gayah Hill Town and the leadership of SAPAD that if they choose the trail of demonstration as their best option, it will not only impede the development of their county but that such action has the proclivity to obstruct government’s mediation efforts and prevent employment opportunities.

In closing Madam Kona Harris, Clan Chief, Gayah Hill Town, thanked and appreciated the Liberia Land Authority (LLA), National Bureau of Concession (NBC), UNDP, Civil Society Organization (CSOs), and concerned residents of the county, including members of the SAPAD/MSP for organizing such a wonderful dialogue that does not only benefit one community, but all affected communities. She said it is her hope that those communities that was excluded by Sime Derby Plantation company be included.