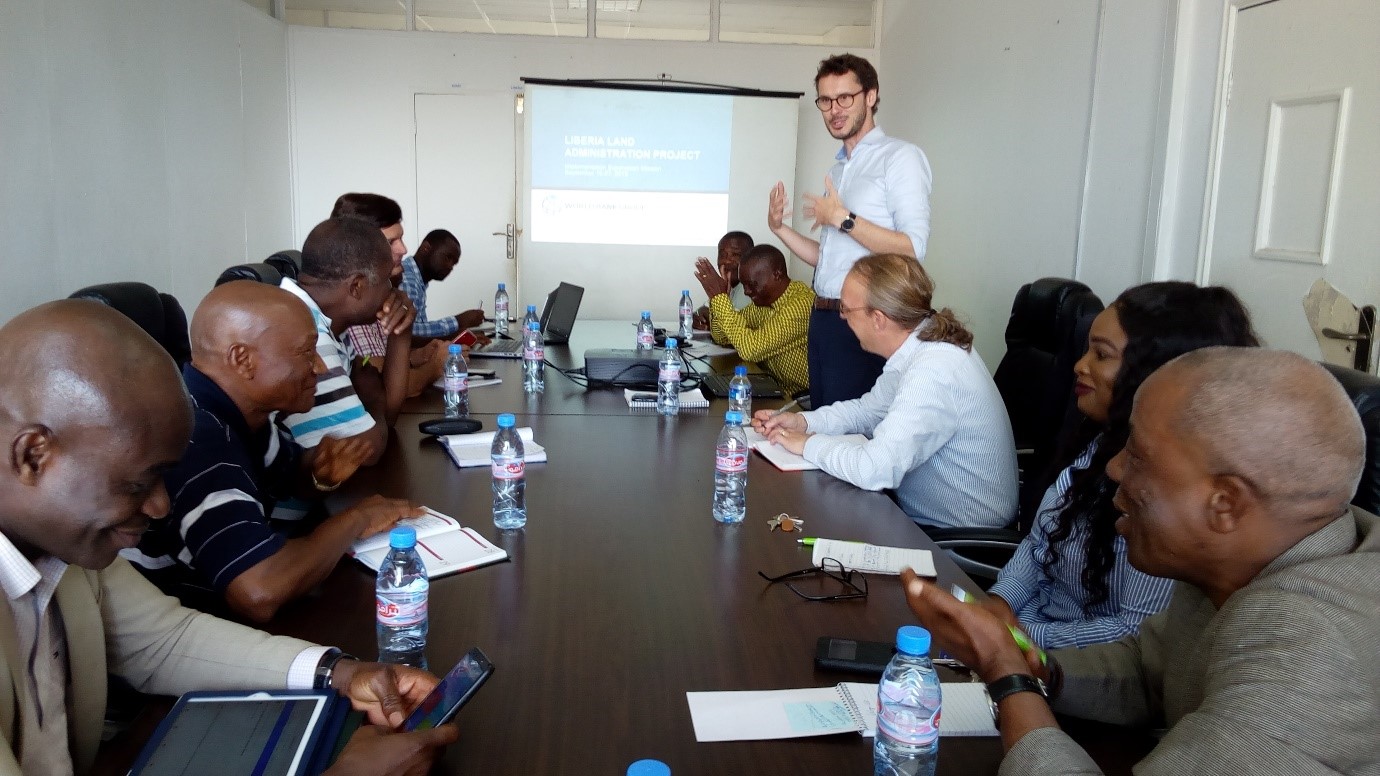 The World Bank is currently supporting the LLA in the implementation of the Liberia Land Administration Project (LLAP) while Lantmäteriet is building the institutional and human resource capacity of the LLA through the project dubbed, “Inclusive Land Administration and Management Project (ILAMP)”.

The missions are routine activities to assess progress being made in the implementation of the projects with specific reference to providing technical support for the implementation of the Land Rights Act (LRA, as well as the LLA Act. The WB supported LLAP is being implemented by the Liberia Land Authority (LLA), while the Swedish Government funded project is being implemented by Lantmäteriet in collaboration with the Land Authority.

At their wrap-up briefings held recently, both Messrs. Linus Pott, Land Administration Specialist at the World Bank and Task Team Leader for the LLAP and Lennart Wastesson, Communication Specialist at Lantmäteriet, expressed appreciation for the level of progress made thus far since the last assessment missions.

The meetings were attended by senior managerial and technical staff of the LLA including commissioners and executive director.

The Officer-In-Charge, Cllr. Kula L. Jackson, LLA Commissioner for Policy and Planning thanked the World Bank and Lantmäteriet officials for providing a realistic update on the current state of affairs at the LLA, which is commendable.