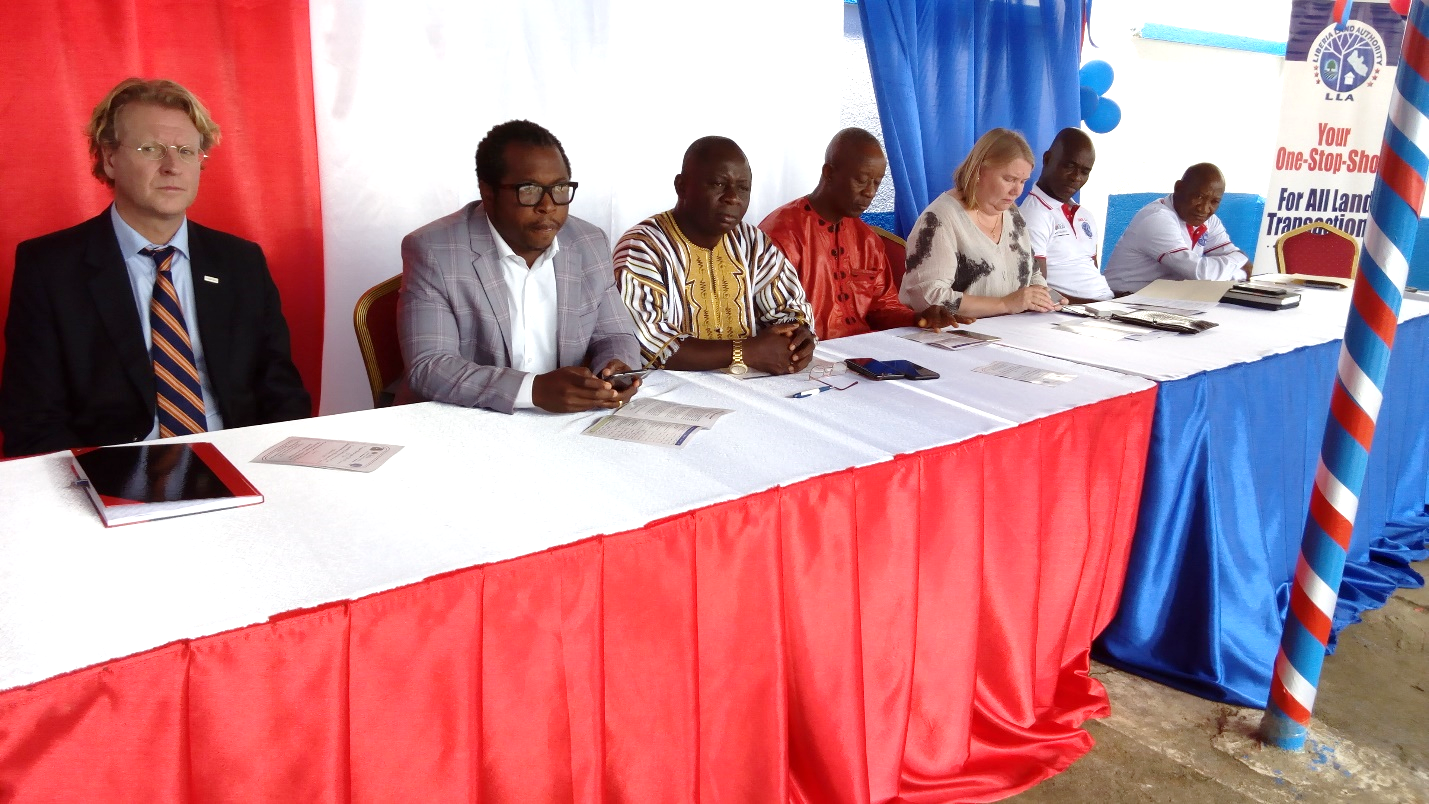 A Five-Year Capacity Building Project was on Friday October 25, 2019 Launched by the Liberia Land Authority (LLA) and the Swedish Mapping, Cadastral and Land Registration Authority – Lantmäteriet.

The project, dubbed “Inclusive Land Administration and Management Project’ (ILAMP), is being supported by the Swedish Agency for International Development Cooperation Agency (SIDA).

It has four components, which are: 1. LLA staff trained to carry out their duties; 2. Women participating in land administration and management; 3. Local government developing and enforcing Land Use Plans and, 4. Customary land demarcated and managed.

The ceremony, which took place at the LLA main office in Mamba Point, was graced by high profile Liberian government officials, the Ambassador of Sweden and other Swedish officials, representatives from the United Nations, USAID and donor agencies as well as civil society organizations on land rights.

The Liberian Senate has ...