LLA EMBARKS ON SETTING THE PACE FOR 2020 AND BEYOND 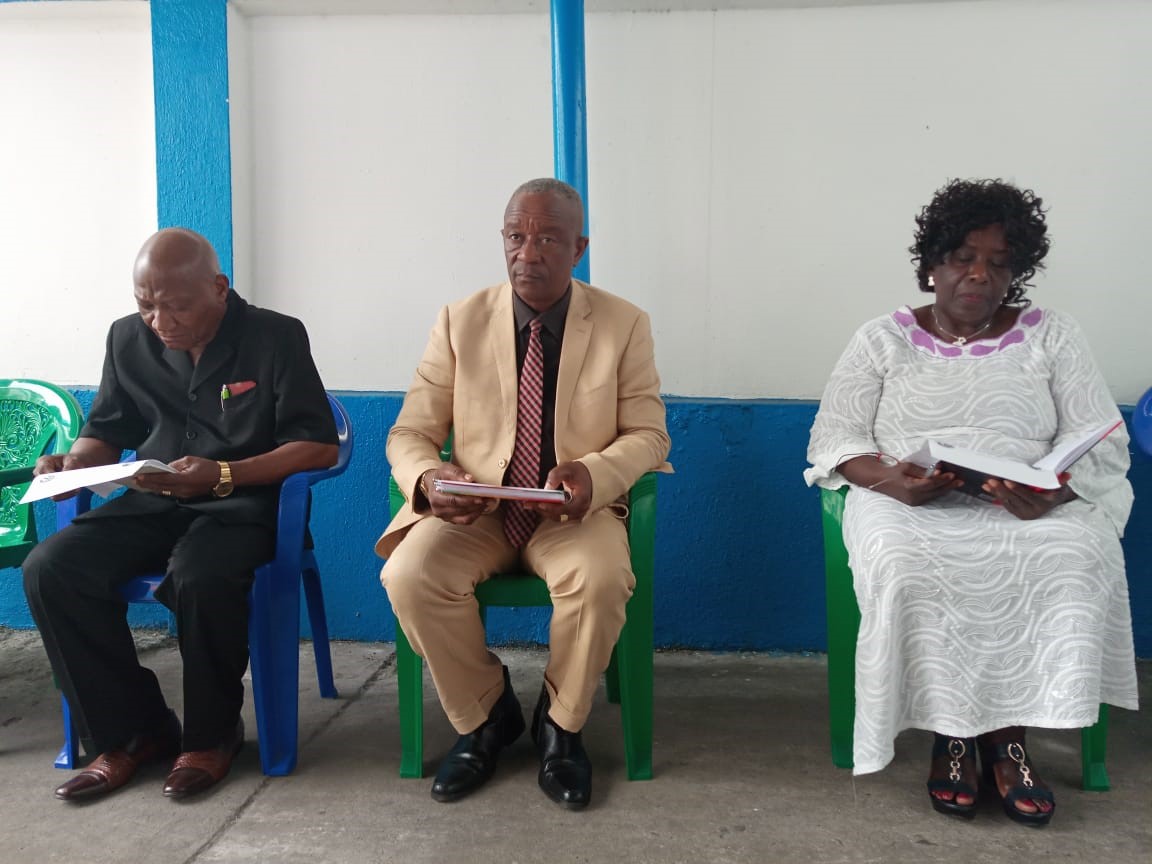 The Liberia Land Authority (LLA) has greeted the year 2020 with a number of interventions including a general staff meeting, Board of Commissioners Retreat, the review of several regulations, and in-service training for its personnel.

To jump start the yearly activities with enthusiasm, personnel of the LLA on Monday February 10, 2020 had the opportunity to meet face-to-face with their Chairman, Vice Chair, Commissioners and the Executive Director of the Authority to discuss pertinent issues ranging from administrative to technical.

At the general staff meeting, some personnel of the erstwhile Land Commission (LC) spoke of salary arrears due them while others spoke of the disparity of salaries between the transferred staff from other land agencies and those from the former LC, which reduction has further been compounded by the salary harmonization.

The staff brought to the attention of the Board of Commissioners (BoC) the need to source training opportunities for surveyors and other technical staff members in a bid to build their capacity for the effective and efficient performance of their job responsibilities, the implementation of the Land Rights Act (LRA) and other land instruments.

Following the general staff meeting, the Commissioners travelled to Buchanan, Grand Bassa County from February 12 – 14, 2020 to have a retreat with a view that decisions reached would serve as a catalyst to accelerate the implementation of activities during the year and beyond. At the close of the retreat, the BoC made a number of decisions incorporated in a Resolution.

Also during the period, the Inclusive Land Administration Project (ILAMP), financed by the Swedish Government conducted a three-day Customer Service Training from February 17 – 19, 2020 for thirty (30) LLA staff of the Customer Service Unit. At the end of the workshop, staff of the unit were given name badges, scarves, and T-shirts to help enhance visibility, create awareness and also promote the image of the LLA. The workshop was facilitated by Mr. Jonas Erlandsson, Head Manager, Customer Service, Lantmäteriet, based in Sweden.

The LLA in collaboration with ILAMP, also conducted a two-day Technical Working Session from February 20 – 21, 2020, to review the draft Community Land and Development Management Committee (CLDMC) regulation and By-laws/framework templates and customary land rights recognition & formalization implementation forms/templates developed by the LLA. These sessions were led by the Customary Land Rights Unit in collaboration with the Planning and Policy Department.

It is worth mentioning that ILAMP is supporting a two-week workshop to strengthen the capacities of LLA staff and municipalities in the processes and procedures for developing policies, regulations and guidelines for land use planning led by the Land Use & Management Department. The workshop, which began on February 24 and expected to close on March 6, 2020, is being facilitated by a four-man team from Tanzania led by Mr. Stephen J. Nindi, Director General, Land Use Planning Commission of Tanzania.

Additionally, a three-day training in gender mainstreaming for forty (40) staff of the LLA took place from February 26 – 28, 2020, and was spearheaded by the Gender Unit and facilitated by Mr. Jeorgen Hellman of Lantmäteriet.

The LLA in partnership with ILAMP has developed a list of criteria for the vetting of staff of the Land Administration Department who will qualify to participate in a Training of Trainers (TOT) program in Surveying slated for April/May 2020 in Sweden. It is expected that there will also be other TOT programs in GIS mapping, Customer Services and Public Relations.

LLA EMBARKS ON SETTING THE ...