LLA CONDUCTS REGIONAL TRAINING WORKSHOPS ON THE LRA AND LLAA 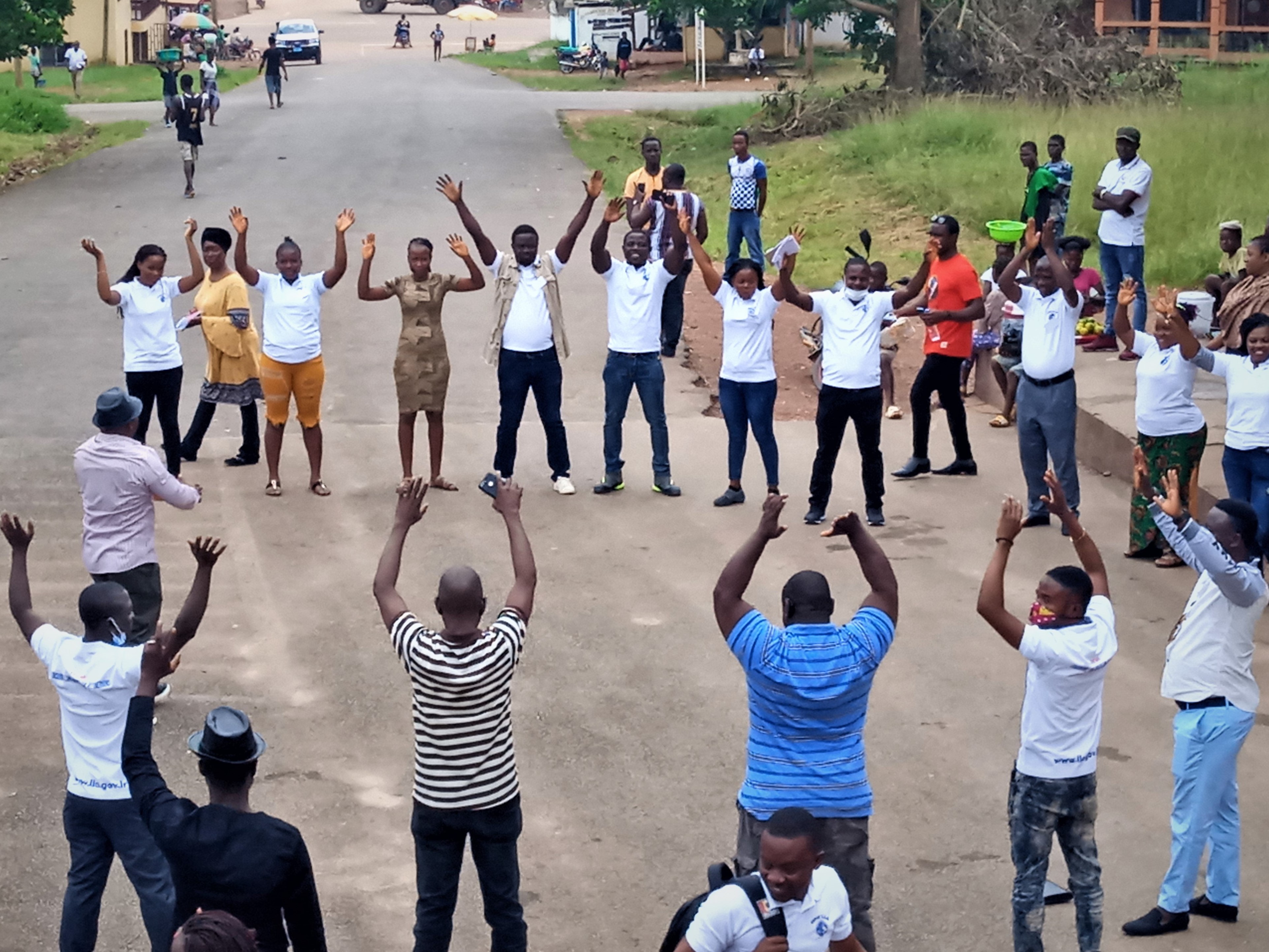 Phase One of four (4) regional training workshops on the dissemination of information on the Land Rights Act (LRA) and the Liberia Land Authority Act (LLAA) opened on Wednesday October 7 in Gbarnga Bong County.

Speaking during the opening ceremonies, the Chairman of the Liberia Land Authority (LLA) Atty. J. Adams Manobah thanked the Superintendents of Bong, Lofa and Nimba counties for gracing the occasion by their presence, which he termed as commendable.

He also thanked the Government of Liberia, the World Bank, and other land stakeholders for the level of support being provided to the land reform process of Liberia.

Chairman Manobah called on the participants to serve as “ambassadors” for the Liberia Land Authority in their various communities to spread the knowledge being acquired at the workshop.

He spoke about the critical role of land in the attainment of peace, security and economic development.

The LLA Boss cautioned the participants to avoid unscrupulous land transactions that could lead to violence and disputes. He made mention of a cliché, “Who Owns Papa’s Land,” a song by the Late Sonny Okosun, aired repeatedly on the state radio station during the 1980 coup in Liberia, signifying how land contributes to conflict, power and wealth.

The Chairman recounted the signing of the Local Government Act and the Land Rights Act on the same day, September 19, 2020, by the President of Liberia, and approved on October 10, 2020, which makes it important for the LLA and the Ministry of Internal Affairs (MIA) to work together in disseminating key provisions in those two laws especially that deal with local governance structures

Delivering her welcome remarks, the Superintendent of Bong County, Madam Esther Walker extended thanks to the LLA and the government of Liberia for recognizing the rights of women to own land. She said in the past, women never had rights over land but now it has changed to the extent that her County Resident Surveyor is a woman.

Superintendent Walker said though there exists some dishonest land dealers and tribal certificate owners, nonetheless, as a result of the work being done by the LLA the in the county, her office is somehow relaxed in discussing land disputes.

Cllr. Kula L. Jackson, LLA Commissioner for Land Policy and Planning who has oversight of Bong, Nimba and Lofa Counties said the issue of land disputes and the increased wave of sexual and gender based violence in the country is a cause for concern and a call for action. He said women’s land rights need to be heightened in every nook and corner of the country and the issue of rape should be strongly condemned.

In separate remarks, the Superintendents of Nimba County, Honorable Hon. Nelson N. Korquoi and Lofa County Superintendent, Hon. William Kamba Tamba extended thanks to the LLA for organizing such training on land issues, which they said should be taking seriously and extended into the various communities.

They noted that there are numerous disputes over land in their communities, and if unchecked will exacerbate into serious conflicts that will have devastating consequences.

Following the opening ceremonies, the participants were drilled into various topics by subject matter specialists ranging from the Land Rights and Legal Framework Governing Land. Other topics discussed include, Customary Land Governance and Women and Youth Rights to Land.

The topics for Day One were spliced intermittently by questions and responses from the participants and presenters thus making the sessions interactive and participatory.

On Day Two and Three, topics will concentrate on the Mandate, Powers, and Functions of the Liberia Land Authority including the organizational/institutional arrangements at the central and local levels, and Community Engagement. Advancing Media Knowledge in Covering Liberia’s Land Sector, and Accessing land Information in Liberia are also part of the training.

In addition, there will be group work in which the participants will catalogue communities and demonstrate how they will engage selected rural communities in disseminating information of the two land laws.

Immediately following the training workshop, expected to end sometime in November 2020, there will be the rollout of awareness activities in targeted communities in each of the fifteen counties. Some of the activities will be implemented concomitantly with the indoor programs and palava hut meetings.

LLA Office in Nimba County in ...