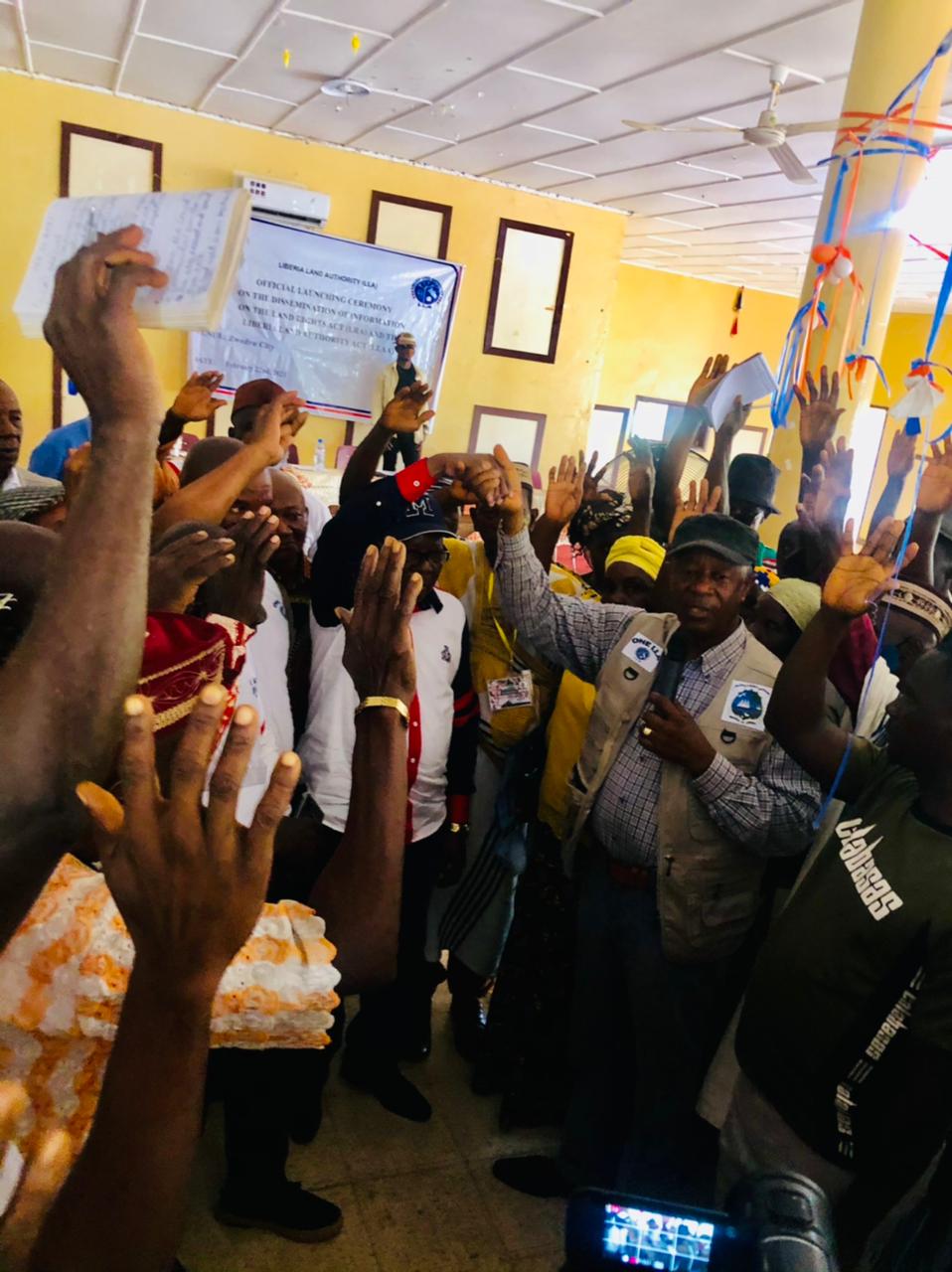 Speaking during the event, Grand Gedeh County Senator, Honorable A. Marshall-Dennis noted that the issue of land acquisition is becoming more controversial in the county, which has the potential of igniting violence and disputes.

He then called on the Liberia Land Authority (LLA) to exert all its authority and do something about the implementation of the Land Rights Law in order to minimize land disputes. “I am glad the awareness campaign on the Land Rights Act and the LLA Act has finally arrived. This is what we have waited for, and I am appealing to you Honorable Chairman of the LLA to please ask your team to reach this campaign in all parts of Grand Gedeh County. Our people have waited for so long for this.” He said.

The Honorable Senator observed that the launching of the awareness campaign coincided with the visit of the President of Liberia, His Excellency Dr. George Manneh Weah to the county and commended the LLA Chairman for being a part of the President’s entourage, which demonstrates the importance of the land sector to peace, security and economic growth.

Meanwhile, speaking on behalf of the Board of Commissioners and staff of the LLA, Atty. J. Adams Manobah, gave an historical perspective of the land sector dating as far back as in the 1980s. He made mention of a cliché, “Who Owns the Land, Papa’s Land?” A song by the Late Sonny Okosun that was aired repeatedly on the state radio station during the 1980 coup in Liberia, signifying how land contributes to conflict, power and wealth. Chairman Manobah praised the World Bank for the support, thus, used the occasion to extend thanks and appreciation to the people of Grand Gedeh County for their support. “Let me thank you all for coming. We cannot do this with you. It my hope that you will work with the Awareness team in your communities for a better result.” He said.

Chairman Manobah said the awareness campaign is based on three key principles, education, information and sensitization. He then called on land owning communities not to over exercise their rights because such rights go with responsibilities.

Also speaking, Hon. J. Josephus Burgess, LLA Commissioner for Land Administration with oversight responsibilities of Grand Gedeh, River Gee and Rivercess Counties, called on the attendees to go back into their communities and spread the knowledge acquired to those who were not opportune to be at the program.

As part of the launching ceremony, the Executive Director, Stanley Toe and Chairman Manobah made brief presentations of the LRA and the LLAA.