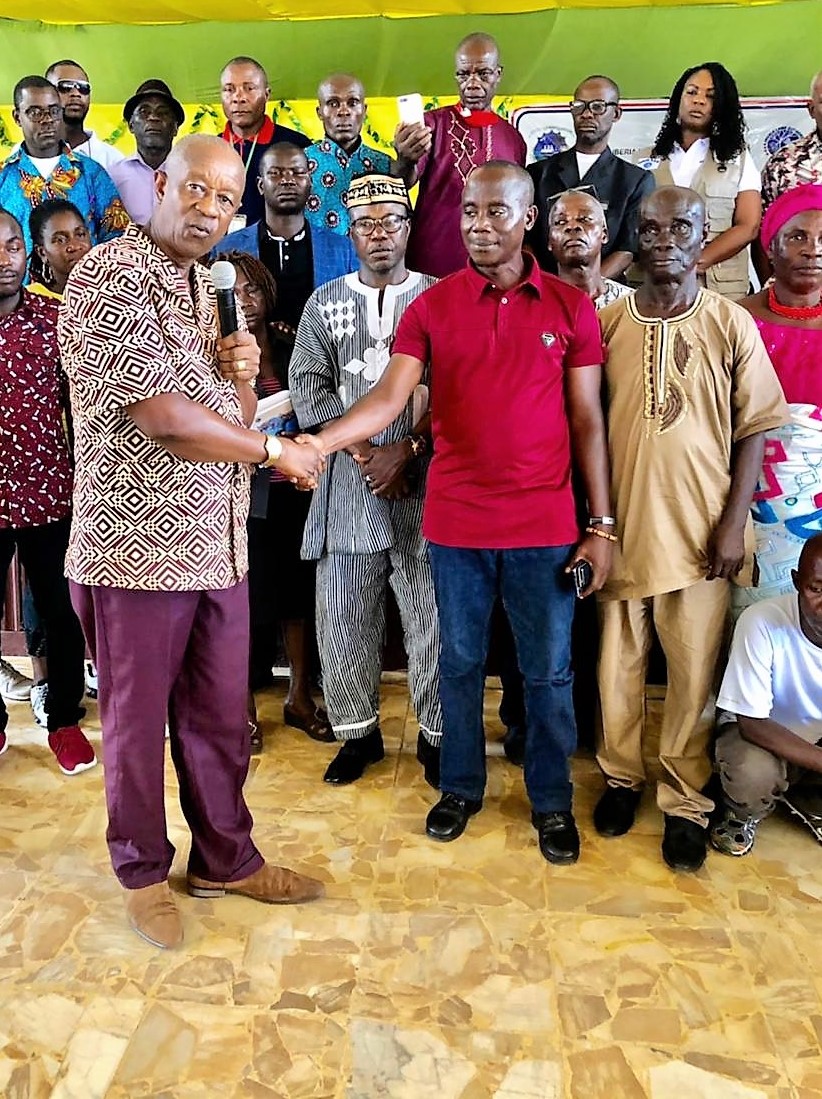 The Chairman of the Liberia Land Authority (LLA), Atty. J. Adams Manobah says the visit to the Counties by the LLA is by no means to take land from anyone.

He said the LLA is currently launching an awareness campaign nationwide on the dissemination of information on the Liberia Land Authority Act (LLAA) and the Land Rights Act (LRA).

These two critical Laws came into force since 2016 and 2018 respectively but public access, knowledge and understanding of the two laws have been a challenge, as well as participation in their effective implementation.

Chairman Manobah said the LLA would like to see every Liberian citizen benefit from the land as their Constitutional right and the natural resources therefrom, but not to take land from anyone.

The LLA Chairman was speaking over the weekend, Friday February 26, 2021 at the Harper City Hall during the launching of a Nationwide Awareness Campaign on the dissemination of information on the Liberia Land Authority Act (LLAA) and the Land Rights Act (LRA).

In her welcome remarks, Harper City Mayor, Madam Ellen Howe thanked the LLA Chairman and delegation for visit and urged those attending the program to take the opportunity seriously.

Mayor Howe said every Liberian citizen has the right to know about the land on which they reside, and if they are not aware of their rights and responsibilities, they will continue to do the wrong things.

Also speaking during the launching ceremony in Harper was the LLA Commissioner for Land Use and Management, Honorable Ellen O. Pratt who has oversight responsibilities of Maryland, Grand Kru and Sinoe counties.

Commissioner Pratt called on the Marylanders to join hands with the LLA to undertake actions and implement programs that would bring development to their communities and county as a whole.

She said the LLA is determined to build the capacity of the younger people at the county level who are desirous to take ownership in disseminating land rights information, citing the Maryland Dance Troupe.

Speaking at the event, Harper District Commissioner, Abraham Jackson informed the LLA that there were numerous land disputes in the district that are posing serious threat to peace and security.

He then appealed to the LLA to do all within its power in resolving these disputes in a meaningful way.