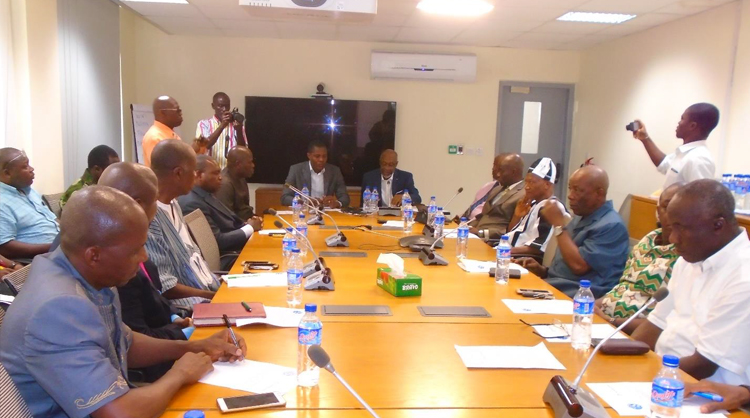 Monrovia – In support of land reform programs, the Liberia Land Authority (LLA) in partnership with the World Bank, has launched the Liberia Land Administration project to strengthen the capacity of the LLA in project management and implementation support.

The launch took place on Thursday, April 19, at the World Bank Liberia Country Office in Sinkor.

Launching the project, the Chairman of the Liberia Land Authority, Dr. Cecil T.O Brandy said the project is intended to put into place a system that will ensure that the land sector is regulated appropriately.

Brandy averred that the project is a US$7 million financing grant agreement between the Government of Liberia and the International Development Association for the period of five years – from 2018-2023.

He also added that the development is designed for the LLA to work in collaboration with other partners to avoid overlapping of functions and ensure a workable land administration system.

Chairman Brandy noted that the project will focus on four main components: support to the LLA, support for inventory and analysis of tribal land certificates, development of a land administration system and project coordination, monitoring and evaluation.

Dr. Brandy said the scheme will also focus on the drafting of policies, laws, regulations, and procedures pertaining to land issues; the establishment of business systems plans; and developing an investment strategy to boost the sector.

On behalf of the World Bank Liberia Country Manager, Sekou Kamara said LLA is essential to economic development, poverty reduction and land base investment of the country.

Kamara added that the successful conduct of land administration reforms in recent years, including the endorsement of the land rights policy and the establishment of the Liberia Land Authority, will enhance land security in the country.

He noted that the World Bank would continue supporting the government of Liberia in funding the Liberia Land Administration Project to ensuring that land administration services are accessible to every Liberian in rural and urban areas.

“The World Bank looks forward to contributing to a functioning land administration system, which will help to sustain peace and stability for the economic transformation in Liberia,” he said.

For his part, the Policy Officer of the Food and Agriculture Organization (FAO), Al Hassan Cisse said the project would help FAO accomplish the forest inventory exercise that is underway in the country.

“This project will help do the forest inventory, so we welcome this project and we are ready to collaborate with the government of Liberia and partners to achieve the desired results,” Cisse said.