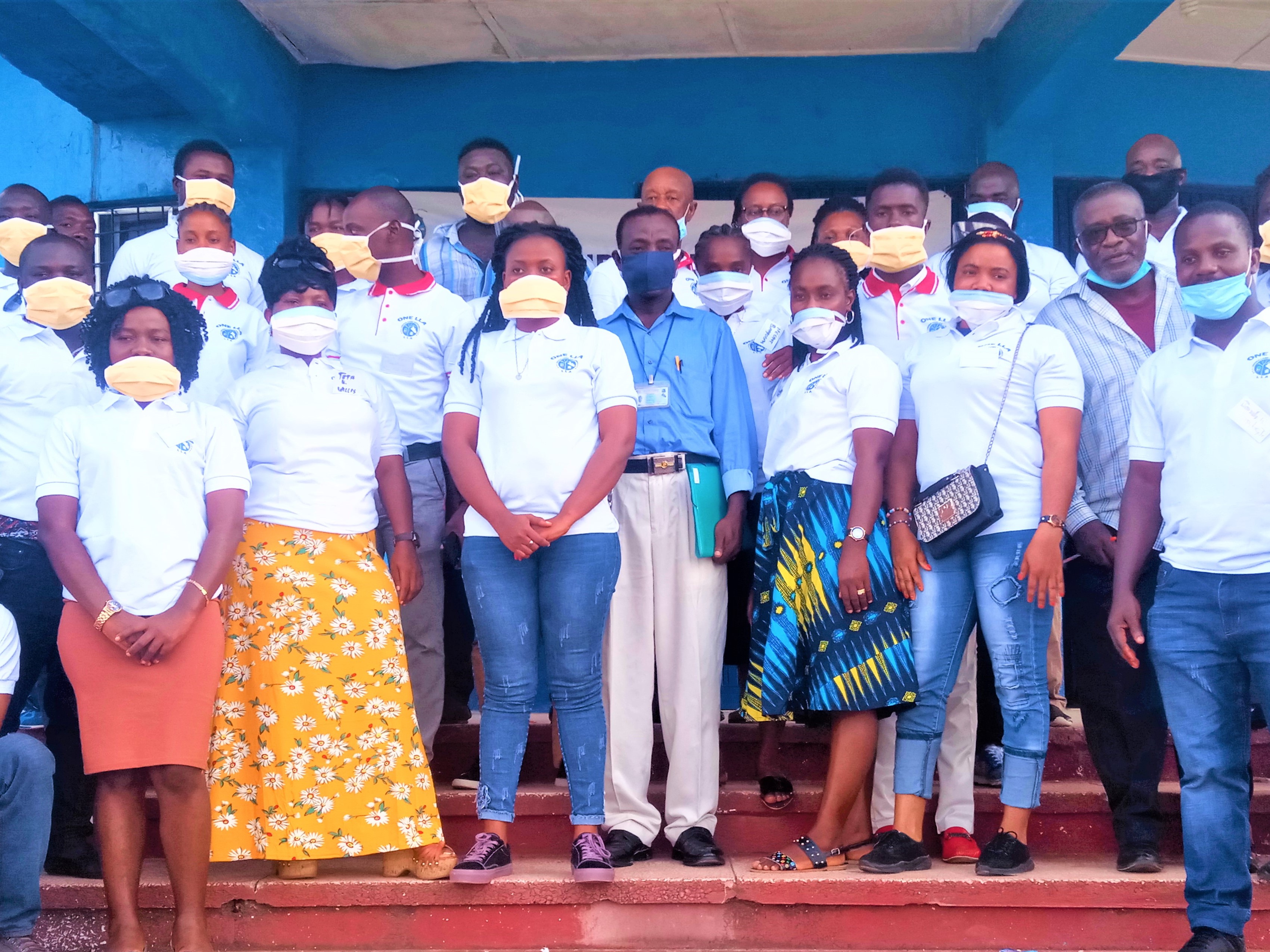 The three-day regional training which is phase one of the nation-wide awareness on the dissemination of information on the two laws to be followed by the rollout in selected communities throughout the fifteen counties of Liberia. The training which is supported by the World Bank through the Liberia Land Administration Project (LLAP) under the theme, “Ensuring Land Rights for all Liberians”, brought together superintendents, journalists, community mobilizers, representatives of civil society organizations ( CSOs), and LLA staff from Rivercess, Margibi and Grand Bassa Counties, respectively.

The regional training workshop began October 14, 2020 and ended on October 16, 2020, with specific training on land rights, including customary land rights and the mandate and functions of the LLA, women’s land rights, community engagement, and communications.

Speaking at the close of the training workshop, Hon. Janjay Baikpeh, Superintendent of Grand Bassa County, firstly thanked the Chairman of the Liberia Land Authority for his farsightedness in working with donor partners to organize the training workshop. Superintendent Baikpeh used the occasion to encourage all participants to use the knowledge acquired to spread information on the two laws in their communities.

“I am so excited to see this happening in my county. And, it didn’t just happen with me alone, thus, I have been with the Superintendents of Rivercess and Margibi counties, which is something that also foster unity. Land business in Grand Bassa county is no child’s play, therefore, we must work with the LLA to help curtail some of these land crises and as well help them spread the message. I am glad the rollout is soon to begin. This will really help our county and our people understand what the land law and the LLA Act is all about. If you can reach out to every community within Bassa please do that” He added.

Hon. Baikpeh further extended thanks and appreciation to the team heading the awareness. “Grand Bassa will always welcome you. Feel free at all time. One thing that really moves me is to see that the LLA awareness team is made of young competent people. Again, I am here at all time to work with you, hence, Grand Bassa county will always be a place of hospitality.” He said.

On his part, Hon. Jerry Varney, Superintendent of Margibi county who could not hold his excitement, praised the Chairman of the LLA, the Executive Director, and the Board of Commissioners of the Liberia Land Authority for developing such program. He said the training on the LLA Act and the Land Rights Act is long overdue. “This is what we have been longing for. Let me tell all of us participants that this is our training. We must now start to think on how we can join the LLA to disseminate the proper information, therefore, I am calling on the LLA to not stop but continue. We all know there are series of financial challenges, this is why we will remain thankful to the World Bank for this support.” He said.

Hon. Varney who once worked with the former Land Commission said he is not new to the issues and developments within the land sector. “This is why I am thankful to the Chairman and the Executive Director.” He said.

In conclusion, Hon. Varney thanked the World Bank for such a timely support. He said it is now time for them (Superintendents) to support the LLA by spreading the message in their respective counties.

In brief remarks, Hon. J. Bismark Karbiah, Superintendent of Rivercess County praised the LLA and the participants for what he called ‘the success of the Land Authority.’ “I am glad each of the participants are going home with a certificate. We now want to see the LLA in our communities soon to tell us and tell our people what they need to know about the LRA and the LLA through your nationwide awareness.” He added. Superintendent Karbiah thanked participants for their commitment throughout the three days intensive training. He said it is important more young people be involved as the future of land business in Liberia is focused on the younger generation.

Also speaking on behalf of the Liberia Land Authority, Mr. Stanley N. Toe, Executive Director of the LLA, firstly expressed thanks and appreciation to the World Bank for the support. Mr. Toe said though there were some awareness exercise carried out by implementing partners, the need to increase public awareness and understanding of the both Acts (LRA & LLAA) continue to be a top priority of the Liberia Land Authority. Executive Director Toe used the occasion to thank the Superintendents and all participants, including the Awareness team for their commitment towards the successful end of the three days training in Grand Bassa county. Mr. Toe called on the participants to use the knowledge acquired to propagate the message on the LRA and the LLA Act during the rollout stage of the program.

“Today is the end of the three days training, yet, it is not the end of this exercise. The LLA has provided you with the knowledge required for the dissemination of information on the Land Rights Act and the LLA Act. Executive Director Toe, also reiterated the need for the awareness team to be more proactive during the rollout. He said the since the LRA was approved and subsequently published into Handbill on October 10, 2020, this is the first time the LLA is embarking on the dissemination of information on the Act.

Speaking on behalf of the participants who were certificated following the training, Mr. Elton Tiah, Program Manager of Dukpa FM, Grand Bassa County, and lead campaigner of the LRA in Grand Bassa County praised the LLA for the training. “We are all excited that this is happening this time. This is timely and rewarding. Thanks to the LLA and the World Bank for the support and the selection. It is important to always focus on the youth during these exercises. I am so excited to see all of us (participants) walking out of this hall with a certificate to show that we have been there and this is the prove that we are now ambassadors.” He added.