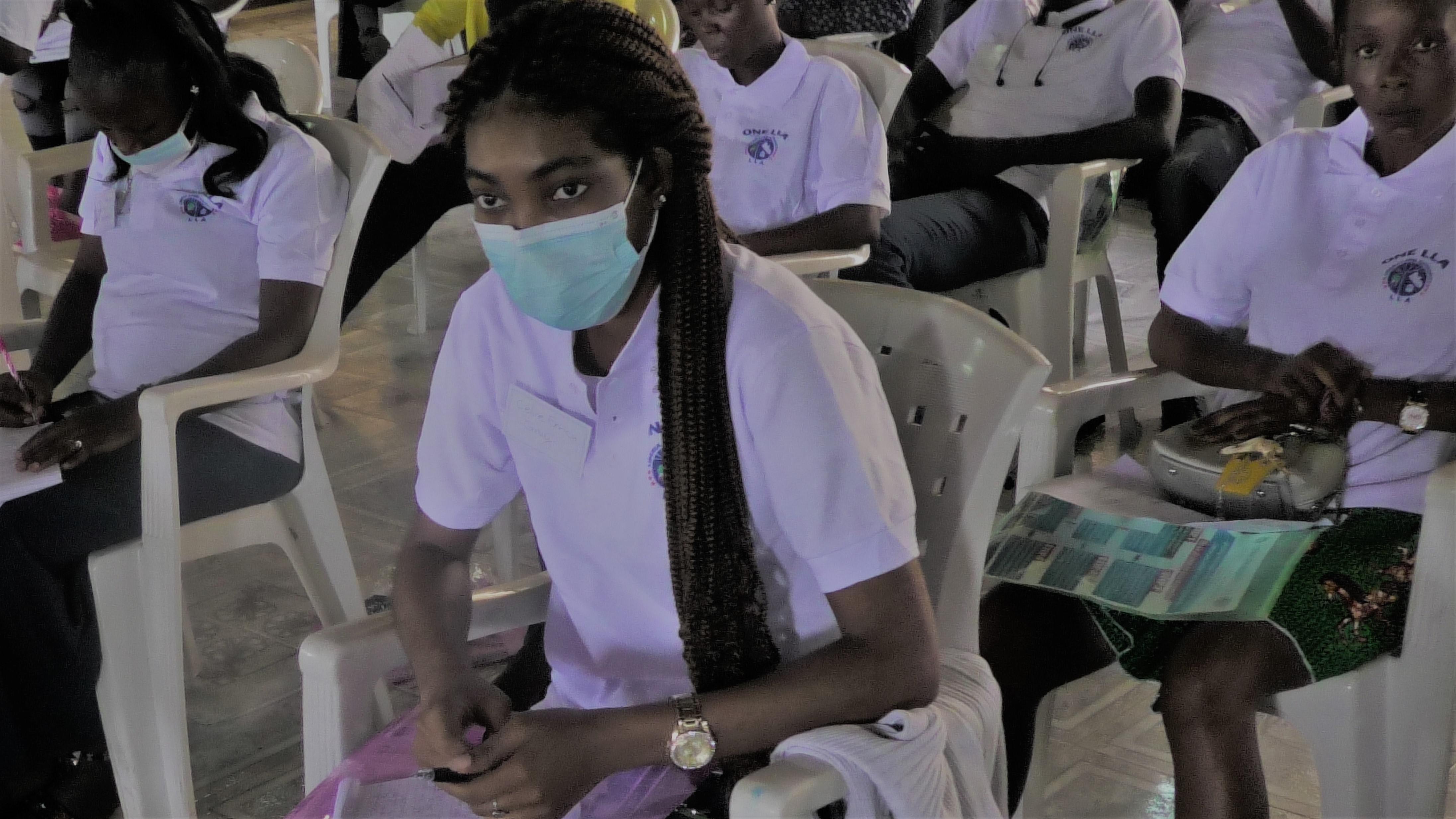 The three-day regional training which is phase one of the nation-wide awareness on the dissemination of information on the two laws to be followed by the rollout in selected communities throughout the fifteen counties of Liberia. The training which is supported by the World Bank through the Liberia Land Administration Project (LLAP) under the theme, “Ensuring Land Rights for all Liberians”, brought together superintendents, journalists, community mobilizers, representatives of civil society organizations ( CSOs), and LLA staff from Gbarpolu, Bomi, Grand Cape Mount, and Montserrado Counties, respectively.

The regional training workshop began October 21, 2020 and ended on October 23, 2020, with specific training on land rights, including customary land rights and the mandate and functions of the LLA, women’s land rights, community engagement, and communications.

Speaking at the opening of the three days training, Hon. Florence Brandy, Superintendent of Montserrado county, during her welcome remarks praised the Chairman of the LLA, Atty. J. Adams Manobah, Sr, for the job well done at the Liberia Land Authority. She also used the occasion to thank and appreciate the World Bank for the timely support. “Let me say here that Bentol is the official capital of Montserrado county as Monrovia is to Liberia. This I am sure many do not know. But again, I am so proud that this training wasn’t held in Monrovia, but Bentol. Mr. Chairman, I want to thank you again for selecting Bentol. The truth is, most people say this place is far so they don’t really come here, thank you Honorable Manobah for coming.” Superintendent Brandy said.

She said Bentol city is without much generators therefore participants will enjoy the best of air as Bentol remains a place for all occasion. She called on the LLA Chairman to continue the good work. Superintendent Brandy also called the LLA to host an official meeting within the county before the rollout commences. According to her, the meeting if considered will provide chiefs, women groups, youths, communities and districts leaders, statutory superintendents, district commissioners and residents within the county with information on the rollout activities. “Please do not forget this as this serves as my recommendation to you Mr. Chairman. Let me be frank to say that land business in Liberia is getting serious, and the best way is to inform the public of their land rights. You cannot have a law that is meant for the people whist those the law is made for cannot access it.”

Superintendent Brandy called on the LLA to focus also on decentralizing it offices. She said the head office of the LLA is very far, thus, having offices in other counties is very important for the people. She also used the occasion to inform the LLA that it is time for all government land to be mark and resurvey so as to avoid individuals claiming ownership.

Superintendent Brandy said her office will from now on enhance its working relationship with the LLA so that all land matter can be speedily handle. She said it is her hope that the awareness campaign will reach every community within each of the district in each county. According to the Montserrado Superintendent, if the pending nationwide awareness is held and affects the entire fifteen counties in Liberia it will boost and promote the Land Rights Law of 2018.

Speaking on behalf of the Board of Commissioners of the LLA, Atty. J. Adams Manobah, Sr., Chairman of the LLA firstly thank the Superintendents of Montserrado, Bomi, Grand Cape Mount and Gbarpolu counties for adhering to the LLA call. He said land reformation in any country is a collective effort that needs everyone involvement. Chairman Manobah used the occasion to inform participants that the training is supported by the World Bank through the Liberia Land Administration project (LLAP). The LLA Chairman said if the Lorma and Mandingo land dispute in Lofa can be resolved he is optimistic that the LLA is capable of resolving land disputes in the country. “It wasn’t easy walking the bushes and swamps for over seven hours just to make sure that the over 80yrs land disputes in Lofa county is resolved. I am grateful to the team that went along with me. We will not rest, we will work tirelessly so as to resolve these disputes as they arise in the country.” He said.

Chairman Manobah said the land reform process comes with transparency, hard work and serious commitment, therefore, this regional training on the LRA and the LLA Act and many other to come will continue to encourage disputants to see each other as brothers and sisters so as to foster peace and development in the country and within their respective counties. Chairman Manobah used the occasion to thank all implementing partners for the support, and added that the LLA is currently working on many regulations which is aimed at resolving and enhancing effectively the work of the LLA. He said currently the LLA is working with partners to accelerate its decentralization mandate, therefore, to do that funding plays a vital role.

“This is what the Law calls for. It calls for the LLA to be in every county where citizens will have access. We are finalizing discussion to bring the County Land Administrator of Montserrado to Bentol so as to enable a more effective land services within the county.” Chairman Manobah said.

Chairman Manobah said the LLA remained the only institution responsible for land administration thus all deed registration is now done at the LLA. The LLA Chairman was quick to add that the LLA will use the law and not the media to discuss services that were removed from other ministries and agency in the country to the LLA. He further called on the Superintendents to continue to help the LLA so that the LLA can do its work effectively for the benefit of all Liberians.

The LLA Chairman lastly encouraged participants to take seriously the training and ask the necessary questions. He said he is pleased with the coordination between participants and the LLA. Chairman Manobah used the occasion to called on all to remain committed to the process and as well use the knowledge gathered to inform their various communities as the LLA prepare towards embarking on the rollout right after the Southern training is completed.

Meanwhile, on her part Hon. P. Bloh Sayeh, Vice Chair and Commissioner for Administration and Customer Service and oversight Commissioner of Montserrado county, praised the World Bank for such timely support. Vice Chair Sayeh used the occasion to thank the Superintendents, particularly the Montserrado county Superintendent for allowing the LLA and its vibrant awareness team into Bentol city.

“Today I am grateful that we are here to provide knowledge. Today is the first day of discussing land issues across the county so as inform everyone through the nationwide awareness that is coming soon after this training. So, let us all take time to listen as participants so that when that time comes we can help the awareness team to effectively carryout the rollout which is phase two of the program. On this note, I declare this training program officially open.” Vice Chair Sayeh added.

However, speaking at the end of the three days training, Mr. Henry B. Gboluma Jr, Station Manager, Voice of Gbarpolu who spoke on behalf of participants thanked and appreciated the LLA and the World Bank for the training. He further assured the LLA and those (The World Bank) who supported the training that the knowledge acquired will not be wasted. Mr. Gboluma Jr, praised the trainers for taking time to make participants understand what the Land Rights Act is and what the Liberia Land Authority Act is all about. “Let me say we are grateful to you Honorable Chairman of the LLA for taking this bold step. Your expertise along with the Executive Director and all those who make this successful has enlightened our minds, therefore, we want to assure you honorable Manobah that we are ready to go along with your awareness team in the various communities within our counties to inform our people of the knowledge you have given unto us.” He said.

Meanwhile, delivering the closing remarks at the end of the three days’ intensive regional training on the dissemination of information on the LRA and the Act establishing the LLA, Mr. Stanley N. Toe, Executive Director, LLA, expressed thanks and appreciation, particularly to the Superintendents of Bomi, Grand Cape Mount and Gbarpolu counties for their supports and tremendous effort thus far. This he said demonstrates how important this event is since it is the first of its kind since the Land Rights Act (LRA) was passed in June, 2018 by the National Legislature, signed by H. E. Dr. George Manneh Weah, September 18th, 2018 and printed into handbill October 10, 2018. The LLA Executive Director called on all participants to continue to remain in contact with the Outreach and Communication Officer at the LLA for more update on the nationwide rollout.