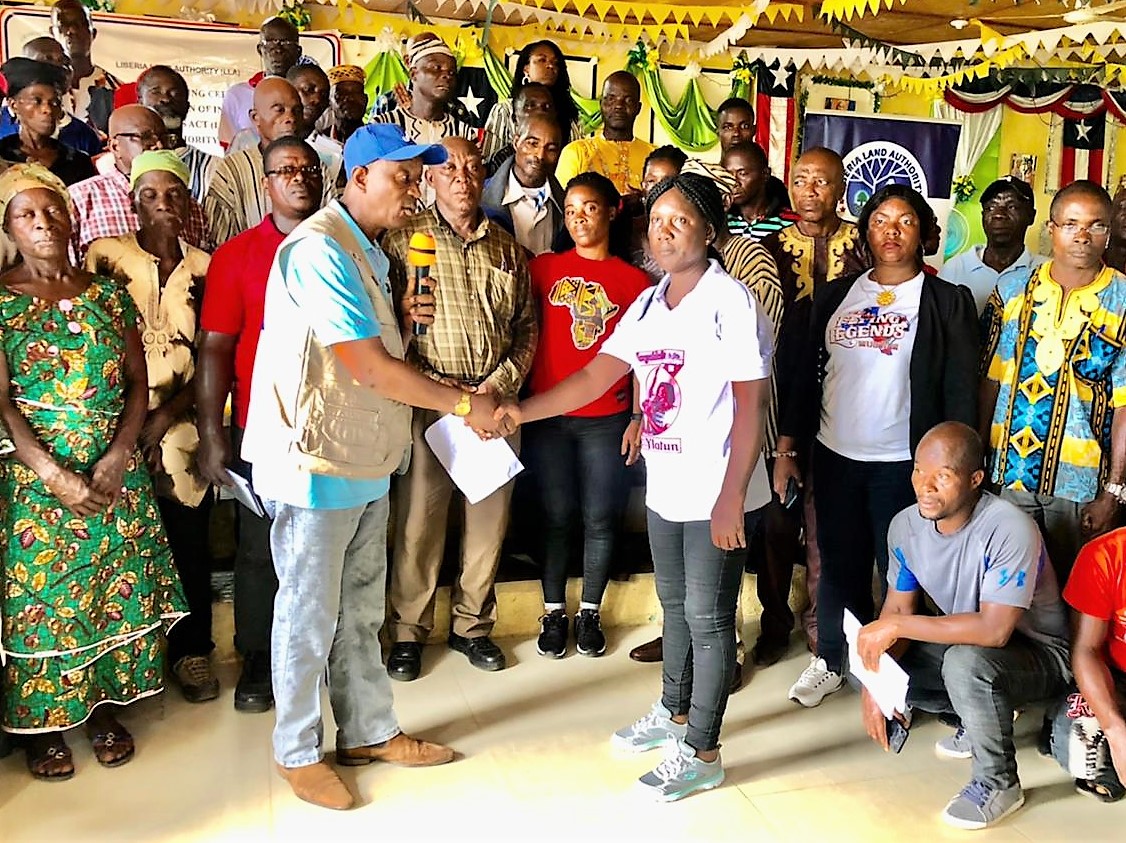 The Chairman of the Liberia Land Authority (LLA), Atty. J. Adams Manobah says with the passage of the Land Rights Act (LRA) rural communities are no longer custodians of the land but rather land owners.

Chairman Manobah said communities have the right to manage and improve their land by planting crops and harvesting forest products directly or through management contracts or similar arrangements.

Making reference to Article 48 of the LRA, which addresses Concession area within a Customary Land, the LLA Chairman said every new company that wants to invest in mining, agriculture or whatever sector, they should first of all have interest in the community and its members.

Chairman Manobah noted that communities on which concessions are located, including mineral concessions, shall pay a minimum of five percent (5%) interest for the benefit of the community.

The LLA Chairman was speaking on Monday March 1, 2021 at the Barclayville City Hall during the launching of a Nationwide Awareness Campaign on the dissemination of information on the Liberia Land Authority Act (LLAA) and the Land Rights Act (LRA).

In her welcome remarks, the Mayor of Barclayville, Grand Kru County, Madam Benetor Blamo thanked the LLA Chairman and delegation for visit.

She expressed heartfelt thanks and appreciation to the LLA for the level of support being provided to the City of Barclayville, which led to her visit to Sweden in 2019.

The visit was supported by the Swedish Mapping, Cadastra and Land Registration Authority, Lantmäteriet under the Inclusive Land Administration and Management Project (ILAMP).

Also speaking during the launching ceremony in Barclayville was the LLA Commissioner for Land Use and Management, Honorable Ellen O. Pratt who has oversight responsibilities of Maryland, Grand Kru and Sinoe counties.

Commissioner Pratt urged residents of Barclayville to undertake meaningful initiatives that would bring development to their communities. She encouraged them to disseminate the information on land rights so it can resonates throughout the county.

The Assistant Superintendent for Fiscal Affairs, Mr. Sampson Wilson who served as proxy of the County Superintendent paid tribute to the LLA delegation for the visit, which he said coincides with the visit of the President of Liberia, His Excellency Dr. George Manneh Weah.

The Fiscal Affairs Assistant Superintendent noted that the residents of Barclayville are overwhelmed with joy over the visit of the high profile LLA delegation.

He then appealed to the LLA to do all within its power to demarcate boundaries, especially between Maryland and Grand Kru counties so that signboards can be installed appropriately.

During the program, the LLA was joined by the County Superintendent, Hon. Doris Ylatun, chiefs, elders, women and youth groups to collectively launch the Rollout and Awareness Campaign.