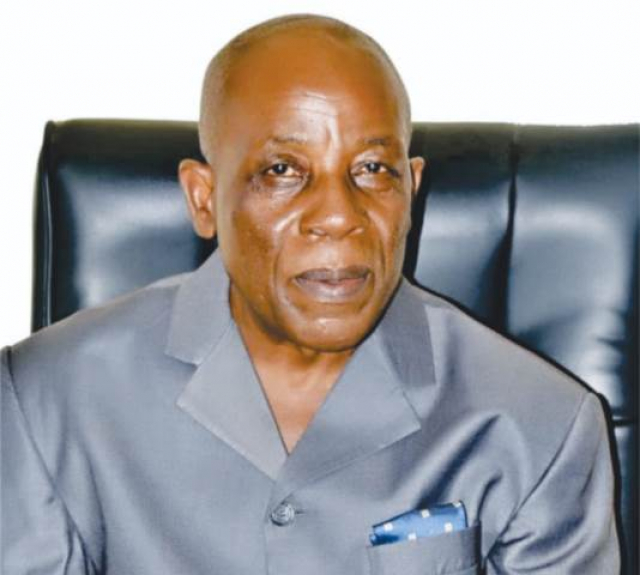 The Board of Commissioners (BoC) of the Liberia Land Authority, through a resolution adopted at an Emergency Meeting held on June 23, 2022, re-appointed Mr. Stanley N. Toe, the sitting Executive Director, for a second five (5) year term as Executive Director of the Liberia Land Authority effective June 26, 2022, to June 26, 2027.

In his letter of re-appointment, the Chairman of the BoC and head of the Liberia Land Authority, Hon. Atty J. Adams Manobah, Sr extended compliments and appreciation to Mr. Toe for his numerous contributions to the land reform agenda of Liberia and exemplary services to the Authority as Executive Director during his first tenure of service from June 26, 2017, to June 26, 2022. Mr. Toe’s re-appointment is provided for under Section 39.1 and subject to 39.2 of the LLA Act.

In conclusion, the Chairman said in his communication that he looks forward to Mr. Toe working cordially with the BoC and the entire workforce of the Authority over the next five years to deliver on the functions, duties, and responsibilities of the office of the Executive Director to ensure the attainment of the vision of the LLA.

The BoC’s resolution re-appointing Mr. Toe for a second term was informed by the results of a comprehensive appraisal of his performance with outstanding and significantly exceed expectation ratings on the selected performance factors including but not limited to: General Administration; Strategy, Planning, Projects and Policy & Legal Reform; Relations with the Board of Commissioners; Relations with key Stakeholders in the Land Sector; and Relations with Land Donor Partners.

Note: For more information on the LRA, LLA Act, AACCL, and other land-related laws, regulations, and guidelines, kindly tune into Freedom 89.7FM every Wednesday from 3:00 PM to 4:00 PM to listen to the technical staff of the LLA as they educate, sensitize and inform the general public of their rights, roles, responsibilities, and benefits as enshrined within LRA, LLA Act, the Act Against Criminal Conveyance of Land and other land-related laws, regulations, and guidelines, including the services being provided by the LLA across the country.

Did You Like This Post? Share it
« LLA Executive Director Receives GAM’s 2022 Outstanding Public Service Award in Liberia Judges, Magistrates And Other Judiciary Actors To Attend Workshop On The Speedy Adjudication Of Land And Related Matters in Gbarnga, Bong County »